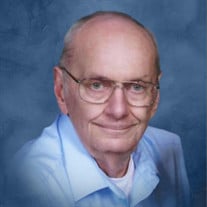 William Henry Childs, 75, of Bolivar, Missouri went to heaven on Thursday, July 30th, 2020. He was born on August 17th, 1944 in Bangor, New York to Vernon Childs and Mary (Todd) Childs. On September 16, 1966 Bill and Chu were united in marriage and shared almost 54 years together. Bill retired from the Army after 21 years of service in top secret communications. During his time in the military he got to travel and live with his family in many places including Okinawa, Japan, Korea, Thailand, Hawaii, and many other U.S. states. He did jungle training in the Panama Canal as well as desert training in Death Valley, California. As a child he enjoyed playing baseball and to this day he still has his baseball glove from childhood. He loved to watch old TV shows and he knew every episode of Andy Griffith. As a family we enjoyed having Parcheesi tournaments while eating snacks and the losers would have to sing and dance in front of everybody. He rarely had to dance because his team always won. Bill is survived by his wife, Chu, of almost 54 years of Bolivar, his son David Childs of Bolivar, Missouri, his daughter Yona Childs-Holman and husband Tony Holman of Aldrich, Missouri; his grandchildren Caleb Haynes and wife Felicia Haynes of Buffalo, Missouri, Sarah Gilpin and husband James Gilpin of Bolivar, Missouri; his great grandchildren; Caitlin Haynes, Elizabeth Haynes, Henley Gilpin; his siblings Dennis Childs of Nottingham, Maryland, Phillip Childs of Fort Wayne, Indiana, Delcie Muehl of Syracuse, New York, and Diane Rockhill of Brushton, New York; and many other family and friends. Bill is preceded in death by his parents Vernon and Mary Childs of New York; and son Brian Childs of Dallas, Texas. Visitation for William Childs will be held Tuesday, August 4, 2020 from 5-7 PM at the Butler Funeral Home in Bolivar, MO. A funeral service will be held Wednesday, August 5, 2020 at 11 AM at the Wellspring Baptist Fellowship in Bolivar, MO. Burial will take place at the Missouri Veterans' Cemetery in Springfield, MO.

William Henry Childs, 75, of Bolivar, Missouri went to heaven on Thursday, July 30th, 2020. He was born on August 17th, 1944 in Bangor, New York to Vernon Childs and Mary (Todd) Childs. On September 16, 1966 Bill and Chu were united in marriage... View Obituary & Service Information

The family of William Childs created this Life Tributes page to make it easy to share your memories.

Send flowers to the Childs family.