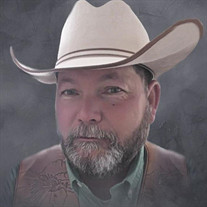 Bucky (William) Redburn, 62, went home to Jesus on June 20th, 2021, at 7:30pm. He was the husband of Tinia Redburn, and they shared 36 years of marriage together. Bucky was born in West Plains Missouri on April 28th, 1959, to Ralph and Mary Redburn (Brigman). He attended a few schools throughout his childhood and ultimately finished up his high school years at Osceola High. For most of his career, he was an over the road driver, most recently with CMT. He also worked at M&L gas station and was a supervisor at Tracker Marine where he met lifelong friends. Bucky will be remembered for his outgoing spirit, compassion, hard work, wittiness, and many other things. He loved to make people laugh and lifting other people up. He would help anyone in need even if that meant giving them his last dollar. It was always a battle on who would pay for dinner when going out to eat with his kids. It became a competition to see who could get the ticket the fastest which he won 97% of the time. He also loved to just drive around with his wife Tinia. Most of the time, they had no destination but would jump in a vehicle and just drive. They have likely driven on every road in the state of Missouri, whether that be highway, back roads, or gravel. He also loved horses and trail riding with family and friends. To give an example of his humor, his son had a horse named Chocolate and his son’s friend had a horse named Coco. Bucky bought a paint horse and named it Puffs so when they all road together, it was Chocolate Coco Puffs. He also loved auctions, flea markets, yard sales and garage sales and trying to get the best deal he could. He just knew that one day he would be on Antiques Road Show with a multimillion-dollar painting or some other rare artifact. He also loved just being outside, didn’t matter if it was tinkering with a truck, tractor, building something, or just sitting on the front porch. He was a kid at heart and loved spending time with his family at Silver Dollar City which he called Silver City. He had his backpack with everything you would need and SDC cups hanging on the outside. One of his favorite things there were the funnel cakes, and he would get every flavor they had, spread them out on the table and tell people to “get in there”. There wasn’t a person he wouldn’t talk to and usually it was about his faith and his family. One of his greatest goals in life was expanding God’s Kingdom and spreading the Word to whoever would listen, and people looked up to him for his faith. He had a confidence about his faith that few have, and he had no problem with telling people Jesus is King. He got to travel the US and he would tell anyone and everyone that would listen to him about the Love of Jesus. If people were to ask now what his greatest accomplishments are, it would be the people he led to Christ and the crowns he received when he walked through Heavens Gates. How great it is that he got to meet the Father on Father’s Day! He is preceded in death by both parents Ralph and Mary Redburn, his grandparents and several aunts and uncles. Bucky is survived by his wife Tinia Redburn, 6 children: Austin Price (wife Dianna), Cameron Redburn (wife Stacy), Jill Mariscal (husband Mario), Amber Christakos, Derik Redburn (wife Brianne) and Abria Lentz (Husband Robert). Grandchildren: Lance Newhouse, Xavier Lindsey, Gabriel Mariscal, Evan Mariscal, Salena Christakos, Caydence Redburn, Lakin Redburn, Mariah Lentz, Drew Lentz, Aaliyah Sicard, Luna Mariscal along with 2 great grandchildren: Azayla Newhouse and Daylan Newhouse. He is also survived by his brothers and sisters: Lisa Stark, Jan Echols (husband Dennis), Julia Clegg, Wayne Redburn (wife Chris), Lynn Alderson (husband Lee), Mary Jo Butler (husband Frank), Jeff Redburn and Jody Redburn (wife Heather). He also had many nieces, nephews, and friends. Lastly, Bucky would want everyone reading this to know that God is good all the time, and all the time God is good and if you do not know your Lord and Savior, to reach out to your local Church. He would want nothing more than for us to bring as many people into Heaven as we can. We cannot wait to see him up there with his massive grin and showing us just how Amazing our God is. The Dark Side of Love Author: Unknown Is there no other way, O God, Except through sorrow, pain and loss, To stamp Christ’s likeness on my soul, No other way except the cross? And then a voice stills all my soul, As stilled the waves of Galilee. Can’st thou not bear the Furnace, If midst the flames I walk with thee? I bore the cross, I know it’s weight; I drank the cup I hold for thee. Can’st thou not follow where I lead? I’ll give thee strength, lean hard on Me! A visitation will be held from 5:00 PM to 7:00 PM on Thursday, July 1, 2021 at Butler Funeral Home in Bolivar. Funeral services for William "Bucky" will be held at 10:00 AM on Friday, July 2, 2021, at Mt. Gilead United Methodist Church in Bolivar. Interment will follow in Mt. Gilead Cemetery. In lieu of flowers, Donations can be made to the family in care of Butler Funeral Home to help with expenses.

Bucky (William) Redburn, 62, went home to Jesus on June 20th, 2021, at 7:30pm. He was the husband of Tinia Redburn, and they shared 36 years of marriage together. Bucky was born in West Plains Missouri on April 28th, 1959, to Ralph and Mary... View Obituary & Service Information

The family of William "Bucky" Redburn created this Life Tributes page to make it easy to share your memories.

Send flowers to the Redburn family.