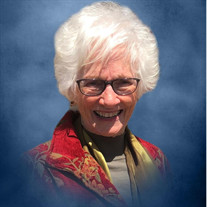 Wanda Lou Inglis, 77 of Bolivar took her heavenly flight on Sunday, December 20, 2020. She was the wife of the late, Denny Inglis. They united in marriage on September 23, 1959. She was born August 17, 1943 in Bolivar, MO to Thelma and Pearl (P.A.) Parsons. She attended Bolivar High School and was in the graduating class of 1961. In her early years she worked for the Gospel Publishing House and was a member of “The Parsons Sisters,” a locally known gospel music group with her sisters Shirley Wright, Judy Brakebill, and friend, Donna Cole. Together they traveled across the United States ministering at churches and recorded two albums. She also worked at Headquarters for the General Council of the Assembly of God Churches and Hackers Dental Office in Bolivar. After her marriage to Denny, she ran Inglis General Store selling groceries, gas, feed and hardware in Polk, MO. She and her husband, Denny, owned and operated Inglis Farm Supply in Polk and later moved the company to Bolivar. They enjoyed years of traveling and attending conventions the fertilizer business generated until they retired. Additionally, they ran a successful beef cattle operation and fescue seed production with their boys. Wanda was a member of Lakeside Assembly in Pittsburg, MO where her brother Gary serves as pastor. She was saved as a little girl at the feet of her mother. She was a Sunday school teacher at First Assembly of God in Bolivar for many years. She touched many kids’ lives through church relationships, and she mothered beyond her own children. She was known for teaching kids to ski on little red skis on Lake Pomme de Terre. Those skis are now adorned on her wall. She was an excellent slalom skier herself. Her most favorite days were spent in either the swing or pontoon at the lake. She put her love into her food and was known for her homemade banana pudding and her grandkids’ favorites including noodles and taters. She always had plenty to go around. Anytime you visited, she would make sure you didn’t go away hungry. Her home was always open to anyone needing a safe haven. She was a prayer warrior with a generous, loving, kind heart. Wanda had a charisma and style about her that brought joy to anyone’s face. She never knew a stranger and always wore a smile. She loved music, singing and her lifelong friendships. She always had a song in her heart and a constant hum on her lips. She would often ask, “Is Jesus in your heart?” This was the most important thing to her! Know that you become a part of each and every life you touch…and Wanda touched many. She cherished her siblings and their tight knit relationships. Her siblings adored her and are thankful they celebrated with her and spent the day together before she passed. She had too much spirit to be called grandma and chose the title of “Wani” instead. She was her grandson Devins's best friend and hero. She enjoyed rocking her grandbabies and recently taught little Denny how to tie his shoes. She cherished her grandkids and was active in their school and church activities. Wanda is survived by her two children, Dennis and Darrin, wife Abby; three grandchildren, Devin, Dani and Denny Inglis; one great grandchild, Dracen Inglis; siblings Kenny Parsons (Maryanne), Shirley Wright, Larry Parsons (Jane), Judy Brakebill and Gary Parsons (Bonita). She had a special place in her heart for her nieces and nephews: Candace Chandler, Kenna Garrison (Brent), Brent Parsons, Lori Ellis (A.J.), Lisa Hammett (Major), Robbie Parsons (Michelle), Sherlyn Mullins (Bruce), Teresa Barr (Ray), Julie Bryant (Robbie), Aimee Tinsley, Jason Parsons, Jana Parsons (Darren) and Jeff Parsons. She is preceded in death by her husband Denny; parents Thelma and Pearl Parsons; brother Keith Parsons; and in-laws Milton and Wilma Inglis. Graveside services will be Thursday, December 24 at 11:00 a.m. at the Mt. View Cemetery in Polk, MO. In lieu of flowers, donations may be made to Mt. View Cemetery or Mt. View Missionary Baptist Church in care of Butler Funeral Home.

Wanda Lou Inglis, 77 of Bolivar took her heavenly flight on Sunday, December 20, 2020. She was the wife of the late, Denny Inglis. They united in marriage on September 23, 1959. She was born August 17, 1943 in Bolivar, MO to Thelma and Pearl... View Obituary & Service Information

The family of Wanda Inglis created this Life Tributes page to make it easy to share your memories.

Send flowers to the Inglis family.