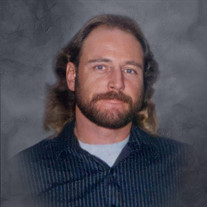 Tim James Lee Was born on December 11, 1957, to Richard Warren Lee and Odessa Mae (Richards) Lee in Flemington, Missouri at Myrtle and Junior McCoy’s residence. He peacefully departed this world on Sunday, March 14, 2021 at Northwood Hills Care Center in Humansville, Missouri. Tim spent most of his life in the Humansville and Flemington area. He was a talented carpenter who took great pride and care in his work. Tim had a love for classic vehicles and owned many different make and models over the years. Later in life, Tim enjoyed family gatherings and we are thankful for the times we could spend together. Tim had an experience with the lord at a tent revival in Halfway, Missouri that he talked about after his auto accident that left him in a care center. He would sing hymns with some of his special nurses and would say “I know where I’m going when I leave this world.” Tim was proceeded in death by his mother, Odessa Mae (Richards) Lee and his father Richard Warren Lee, Grandparents Hilliard and Bonnie Lee and James and Maude Richards. He leaves behind his former wife of 15 years Jeanie Lee Simmons of Bolivar, MO, 4 sisters, Gretchen Mae Lee of Bolivar, MO, Laura Ann Porter and Husband Herman of Louisburg, MO, Phillis Elizabeth Hammer of Bolivar, MO and Constance Grace Burns and Husband Mike of Camdenton, MO, along with a host of nieces and nephews. Funeral services will be Friday, March 19, 2021 at 11:00 AM at the Butler Funeral Home Chapel in Bolivar. A visitation will be held one hour prior to service. Burial will take place at Flemington Cemetery in Flemington, Missouri.

The family of Tim Lee created this Life Tributes page to make it easy to share your memories.

Send flowers to the Lee family.