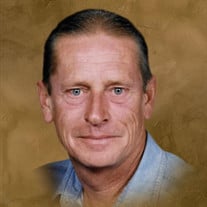 Terry Michael Griffin was born on November 29, 1950 in Independence, MO to Billy G. and Daisy M. Griffin. Terry departed this life November 16, 2020, surrounded by his loving family. Terry was saved as a young child in Independence. Terry’s family moved to Fair Play when he was a young child. He attended school at Fair Play and graduated in 1969. After graduation he enlisted in the US Army and then was active in the US Army Reserves. After returning from the Army he worked at the Fair Play MFA, Stockton Lake Corp. of Engineers, and Empire and All-Star Gas for 34 years delivering gas. Terry married Juanita Taylor Garzee in 1975, and with this union Juanita brought two children, Denna Kaye and Dustin Wayne which Terry claimed and loved as his own. Terry was a loving and kind husband, father and Poppie to not only his children but to all of his grandchildren, great grandchildren, nieces and nephews. Close friends called Terry “Doo” from his teenage years. Doo loved to fish, garden, drink beer, cook, and eat what he cooked. Doo enjoyed his mornings drinking coffee with his friends at Brenda’s. Terry was a plain, soft spoken man with a soft heart, and those that knew him were blessed to call him a friend. And of course, those that knew him best knew that you don’t rush him!! Doo was preceded in death by his parents, a brother Ronald Griffin. Sister in law’s Juanteece Cossins and husband Charles, and Juanetta Taylor. He is survived by his wife Juanita, daughter Denna and husband Terry, son Dusty and wife Melanie. Grandchildren, Heather, Heath, Rowdy, Erica, Sebastian and Lauren. Seven great grandchildren, MaKenzie, Bryson, Justina, Grace, Gavin, Gabby and Ganeshia and one great-great grandchild Aiden. Aunt Joetta Fleeman, brother in laws Davis Taylor (Jean), Reggie Taylor (Sue), Lindsay Taylor (Dianna) and sister in laws Juana Vae Hopkins (Mike) and Barbara Griffin. Along with many, many wonderful friends and family that loved him dearly. Visitation for Terry will be from 5:00 to 7:00 P.M. Thursday, November 19, 2020 at Butler Funeral Home. Graveside service will be at 1:00 P.M. Friday, November 20, 2020 at Shady Grove Cemetery, Fair Play, Missouri.

The family of Terry Griffin created this Life Tributes page to make it easy to share your memories.

Terry Michael Griffin was born on November 29, 1950 in Independence,...

Send flowers to the Griffin family.