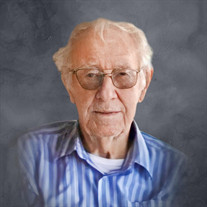 Raymond Clifford Craig was born January 19, 1933 to Harry Franklin and Lettie Grace Craig, and died September 22, 2020 at his home in Paris, Texas. Raymond married Retha Rosalie Robertson on July 2nd, 1951 in Windsor, Missouri, and to this union they had three children, Raymond Timothy, Christina Ann, and Ronald Ray Craig. He joined the US Air Force in September 1951 and retired with an honorable discharge in September 1971. Upon joining the service, he became an aircraft mechanic, and at the time of his retirement, he was NCOIC of quality control at March Air Force Base in southern California. After the service he returned to Windsor, Missouri and then moved to Morrisville, Mo. Due to health reasons in October of 2018, he and Rosalie moved to assisted living in Paris, Texas until his passing. Raymond loved the outdoors, fishing, hunting deer, and sitting on the porch watching the world go by. He loved to hunt with his son Tim, where he usually just sat and did some son and father talking, never taking a shot at any deer. Raymond is preceded in death by his parents, Harry and Lettie Craig, daughter; Christina Ann Craig, son; Ronald Ray Craig, sister; Dorothy Ivey, Brother; Robert Earl Craig, and great-great grandson Jaxon Allen. He is survived by Rosalie, the love of his life, his best friend and his whole world for 69 loving years, son; Raymond Timothy Craig and significant other Pamela Holt, Grandkids: Rachel and Kendall Chitwood of Lebanon, Mo, Raymond Timothy Craig 2nd, of Springfield, Mo, Great Grandkids: Wyatt and Noah Chitwood, Theresa and Ray Booker, Great-Great Grandson, Liam of Wamego, Kansas, Donovan and Jacquelyn Allen, Great-Great Grandson Oliver of Tulsa, Ok, Skylor Morse, Kountze, Texas, Brittney Craig of Florence, South Carolina, and Anthony of Springfield, Mo, Nephew; Gary and Mary Ivey of Pomme De Terre Graveside services for Raymond will be at 1:00 P.M. Tuesday, September 29, 2020 at Hartley Cemetery, Cedar County, Missouri.

The family of Raymond Clifford Craig created this Life Tributes page to make it easy to share your memories.

Send flowers to the Craig family.