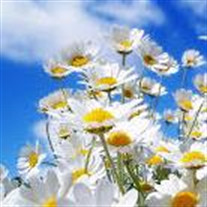 Mildred Virginia (Hopkins) Wilder, age 82, passed away July 19, 2019 at Big Spring Care Ctr, Humansville, Mo. She was born April 27, 1937, at Bona, Mo, in Dade co, to Henry and Cloa (Akins) Hopkins. She attended schools in Dade and Polk counties. On Dec 28, 1955, she was united in marriage to Robert Wilder. They located to Indiana. He preceded her in death Oct 6, 2001. Mildred worked several yrs in the Angola, IN area. In 2010, she moved to Humansville, Mo. She was preceded in death by her husband, parents, 2 brothers & 3 sisters. She is survived by 1 son, Kevin Wilder & wife Sandra, 2 grandsons, Jordan & Eric Wilder, 1 brother, William Hopkins & wife Vergie of Osceola, Mo., 1 sister, Wilma Boyer, of Wellsville, KS and numerous nieces and nephews. Mildred was cremated. Her service and burial to be announced at a later date.

The family of Mildred Wilder created this Life Tributes page to make it easy to share your memories.

Send flowers to the Wilder family.