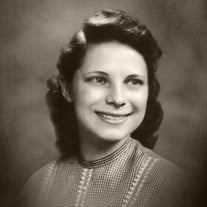 Mary Cecil (Young) Holbrook, 76 of Bolivar, Mo departed this life unexpectedly on Saturday, October 17, 2020. She was born August 5, 1944 near Bolivar, Mo, the daughter of Orvil Frank Young and Lena Mae (Berry) Young. Mary was united in marriage to Ralph Ruckman in 1965; to this union were born two children, Jamie, and Mari Beth. Although Mary and Ralph later divorced, the two remained lifelong friends until Ralph's passing in 2013. Mary was saved at a young age and was a Christ follower the remainder of her days. She was known for her sweet, kind, friendly demeanor and was dearly loved by most who knew her. Mary was preceeded in death by her parents, older infant sisters, Vivian & Virginia and several aunts and uncles. She is survived by her son, Jamie Ruckman & wife, Connie of Halfway, Mo; daughter, Mari Beth Sellers and husband, Teddy of Springfield, Mo. Granddaughters, Michelle Hall of Buffalo, Mo and Renee Ruckman of Halfway; grandson, James Ruckman of Halfway. Brothers Francis Young and wife, Donna of Bolivar; Jay Young and wife, Cindy of Bolivar. Sister, Zella Duff and husband, Charles of Fair Grove. Mary also leaves behind several beloved nieces and nephews, cousins, and extended family, as well as an amazing group of friends. In lieu of flowers memorial contributions can be made to a local DAV or The Wounded Warrior Project.

The family of Mary Cecil Holbrook created this Life Tributes page to make it easy to share your memories.

Send flowers to the Holbrook family.