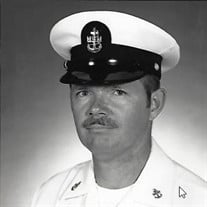 Lonnie Wayne Long Lonnie Wayne Long completed his 72 years of service on this earth on Tuesday, December 22, 2020. He lived his life as a servant to others. Wayne was born on August 30, 1948 in Nevada, Missouri to Andrew Jackson Long and Mary Lucinda Spencer Long. He spent his early years in El Dorado Springs, Missouri, and Kansas City, Missouri, before his family moved to Riverside, California, where he lived until he joined the Navy in 1968. Wayne served in the US Navy for 24 years and retired as a Senior Chief Petty Officer in 1991 after serving from Viet Nam through Desert Storm as an aviation electrician, mission planner, drug and alcohol counselor, and maintenance chief. During his service in the Navy, Wayne spent time on every continent except Europe, including Antarctica. On April 4, 1981, Wayne married Kathleen Truxaw in San Diego, California. They traveled extensively by RV, timeshares, and hotels in the US. Yosemite was a favorite destination. They also traveled internationally, filling in the last continent for Wayne with trips to Europe. While in the Navy, Wayne completed a Bachelor’s degree in Behavioral Science with an emphasis in drug and alcohol counseling, and a Master’s degree in Counseling Psychology. He was working on a Doctorate in clinical psychology until he decided that he did not need another stressful career. After he retired from the Navy, Wayne delivered mail for 12 years and always connected with his customers and their dogs along his route. After retiring from the Post Office, he moved to Bolivar, Missouri, where he served as a custodian and building manager at Bolivar First Christian Church. Wayne was ordained to serve as an Elder in the Church and was recognized for his concern for the members of the Church, checking in regularly with many of them and helping scores of people in his community through his kind presence and steady helping hands. He was also the go to person for anything people needed at Church because he noticed what needed to be done and did it. Wayne is predeceased by his parents and aunts and uncles. He is survived by his wife, Kathleen, children, Karl Dana Long of Phoenix, Arizona, and Patricia Long Crawford (Drew) of Springfield, Missouri, his sister, Ginger Mazzola (Bill) of Dallas, Georgia, his grandson, Nathan, step grandchildren, Alex and Kenna, and many nieces and nephews. Services on Monday, December 28, 2020 are being coordinated by Butler Funeral home. The visitation will take place at Bolivar First Christian Church from 10:00 AM to 11:00 AM followed by the funeral service at 11:00. Burial will be at the Springfield Veteran’s Cemetery with attendance limited to immediate family due to COVID restrictions. The family strongly encourages everyone to wear masks and maintain social distancing in the Church. In lieu of flowers, donations may be made to Bolivar First Christian Church. Services will be streamed on the First Christian Church Face Book Page at https://www.facebook.com/BolivarFCC.

Lonnie Wayne Long Lonnie Wayne Long completed his 72 years of service on this earth on Tuesday, December 22, 2020. He lived his life as a servant to others. Wayne was born on August 30, 1948 in Nevada, Missouri to Andrew Jackson Long and Mary... View Obituary & Service Information

The family of Lonnie "Wayne" Long created this Life Tributes page to make it easy to share your memories.

Send flowers to the Long family.