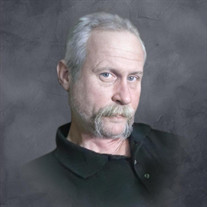 Jeffry William Owens, 60 years old, passed away on Sunday, January 17th, 2021 at Cox South in Springfield, MO. He was the husband of Anita Elaine (Day) Owens. They shared 35 years of marriage. Jeff was born in St. Joseph, MO on June 10th, 1960 to William R. Owens and Constance Ann Owens. He attended Lafayette High School and Missouri Western University where he studied Percussion. He joined the Army and obtained the rank of E-2. He enjoyed Music, playing the drums, shooting guns and watching the Andy Griffith Show. He had a witty and sarcastic nature about him, and he never met a stranger in his life. Jeff didn’t just play the drums he rocked them and he considered himself a rock star, and so did his family. He is preceded in death by his mother Coni Owens and his granddaughter Madelynn Fournier. Jeff is survived by Elaine Owens, Tabatha and Nick Griffith, Ian Owens, Chad Schmidt, Abby and Dallas Fournier, his grandchildren Brooklyn, Madison and Ryan Griffith, Grant Lee Fournier, brother John, his sisters Nancy and Joyce, father Bill Owens, a host of nieces and nephews, and good friends, David Schenk, James Johnson, Gregg Brown and Jim Newell. Visitation for Jeff will be from 1:00 to 2:00 P.M. Friday, January 22, 2021 at Butler Funeral Home, Bolivar, Missouri. Memorial service will follow at 2:00 P.M.

The family of Jeffry William Owens created this Life Tributes page to make it easy to share your memories.

Send flowers to the Owens family.