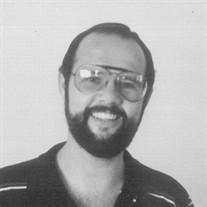 Jaxon Bradley October 7, 1946 – January 15, 2021 Named John Carlyle Bradley III at birth, but never called that, always called Jaxon, was the only son of John C. Bradley and Opal M. Crawford Bradley. He was born October 7, 1946 and went to his heavenly home January 15, 2021 peacefully in his sleep. Jaxon grew up in Nashua (Kansas City North), Missouri. He was a member of Nashua Baptist Church and was an R.A. (Royal Ambassador) and also was involved in Cub Scouts. He was a 1964 graduate of North Kansas City High School. After college he worked for Cook Paint and Varnish Co. in North Kansas City. While there he painted the spheres on the KC Royals’ Crown. He transferred to Saudi Arabia and worked there for many years. Jaxon also served in the National Guard Army Reserves. He traveled to several countries and met people that became life long friends. Jaxon was a people person and also a great conversationalist. He later moved to Snohomish, Washington and lived there several years with his wife, Joyce. After he retired, he moved to Southwest Missouri to be close to his sisters. In Marshfield, Missouri, he volunteered at the Chamber of Commerce, making friends and greeting visitors to the area. He loved the people he came in contact with and helping those people. When his health declined, he moved to Bolivar, Missouri. Jaxon is preceded in death by his parents and his two sisters, Bonnie Goff and Becky Durington. He is survived by his ex-wife, Joyce Eakin of Washington; his step-son, Michael Eakin of Washington; his sister, Pamela Segui Nix of Bolivar; a nephew, Dario Segui of Bolivar; a niece, Angela Segui Hammonds of McKinney, Texas; Janelle Woods, and Joy Durington-King, of Marshfield; many cousins, and a host of friends. In lieu of flowers the family would ask that you make a donation to a charity of your choice. A memorial service for Jaxon will be held this Saturday, October 9, 2021 at White Chapel Memorial Gardens in Gladstone, Missouri at 2:00 P.M.

The family of Jaxon Bradley created this Life Tributes page to make it easy to share your memories.

Send flowers to the Bradley family.