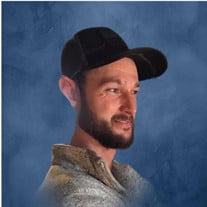 Jason Ledford, 31, of Bolivar, MO passed away Tuesday, July 14, 2020 in his home in Bolivar, MO. Jason Michael Ledford was born on January 18, 1989, in Fontana California, and departed this life on July 14, 2020 at his home in Bolivar. To know Jason was to love Jason. He was the center of the social circle of the Ledford/Spink family. He was always the first to plan get togethers (although he would be hours late for them) and be sure everyone around him was laughing. His smile was contagious, and truly lit up any room he was in. The only thing Jason loved more than the outdoors was his family. He called his mom every morning with his cheesy, “good morning” greeting, and his entire world absolutely revolved around his son, Wyatt. Wyatt was a daddy’s boy through and through and Jason’s legacy will no doubt live on through the smile on Wyatt’s face. Jason is survived by his 5-year-old son, Wyatt, and Wyatt’s mom, Hayley Gahm. His mom and stepmom Julie and Crystal Spink of Bolivar, Father Jerry Ledford of Walnut Grove, and fiancé Chelsey Richardson of Bolivar. He had 6 Sisters: Breanna (Andrew) Barnett, Makayla (Corey) Barnes, Emily (Noah Ray) Ledford, Parker and Paislee Spink, and Adaline Ledford. And 2 Brothers: Lucas Ledford and Paxton Spink. He had 2 nephews Kayden Ray and Oliver Barnes, and one niece Ivy Barnett. In lieu of flowers, a memorial fund has been set up at OakStar Bank for Wyatt Ledford.

The family of Jason Ledford created this Life Tributes page to make it easy to share your memories.

Send flowers to the Ledford family.