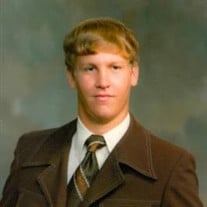 James Bruce “Jim” Kelly, age 60, of DeWitt, Nebraska passed away on Thursday, August 29, 2019 at his home. He was born February 6, 1959 in Springfield Missouri to Clifford Raymond and Mary Kathryn (Eagleburger) Kelly. Jim grew up on the family farm at Polk Missouri. He attended all 12 grades at Bolivar High School, graduating in 1977. He then moved to Pleasant Hope where he was a truck driver and farmer. In 2010 he moved to DeWitt, Nebraska where he continued his trucking career. He was preceded in death by his parents, Clifford and Mary Kathryn Kelly. Survivors include his son, Christopher and wife Elizabeth Kelly of Springfield, Missouri, a sister Trudie Kelly, Nixa Missouri, step grandchildren Michael Newsom, Amanda Newsom and Madison Johnson, and a step great grandchild Olive Moore all of Springfield, Missouri, a special cousin Shannon Kelly and numerous aunts, uncles, cousins and friends. A visitation will be held from 9:00 to 10:00 a.m. Saturday, September 14, 2019 with a Celebration of Life following immediately at 10:00 a.m. at Butler Funeral Home, Bolivar Mo. In lieu of flowers & donations may be made in Jim’s memory to the Fair Haven Children’s Home 3132 N Fair Haven Loop, Stafford, Missouri.

The family of James "Jim" Kelly created this Life Tributes page to make it easy to share your memories.

Send flowers to the Kelly family.