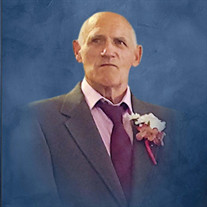 John Howard Reppert, Sr., 70, of Fair Play died on Saturday, May 2, 2020 at his home. Howard was born on June 19, 1949 in Pasadena, CA, the son of Kenneth Howard V. and Laura Marie (Cossins) Reppert. Howard, a self-employed mechanic was a driven and devoted man who loved God, family, and friends. He worked hard to always provide for his family and believed material things were of little importance. He valued a good meal, time with family and a good black and white western movie. He spent his life instilling those same values in his children and grandchildren. He was always quick to lend a hand. He never left anything undone and worked hard to find solutions to task’s that seemed impossible. He had a great mind for problem solving when it came to anything mechanical. His sense of humor and singing will be missed. He always found a way to make you laugh. He was preceded in death by his parents, wife Nellie Sue Reppert, one son, Glenn Curtis Reppert, and one brother, James Reppert. Surviving is his wife, Elsie (Allen) Reppert, one son, John (Shelly) Reppert of Highlandville; one daughter, Mary (Brandon) Stalker, Six-stepchildren, Karen Newman, Sandra Scroggins, James Carl Tindle, John Tindle, Nancy Tindle, and Wayne Hyder, Brothers; Lawrence Gene Reppert of St. Louis, Kenneth Vernon Reppert of Independence, Half Siblings; Mary lodene Seward of Odessa, David Lee Potts of Independence, and Frank Anthony Potts, of Independence. Public Calling Hours will be held for those wishing to pay their respects to Howard on Wednesday, May 6, 2020 at Butler Funeral Home from 1:00-5:00 P.M. A private Graveside will be held at a later date.

John Howard Reppert, Sr., 70, of Fair Play died on Saturday, May 2, 2020 at his home. Howard was born on June 19, 1949 in Pasadena, CA, the son of Kenneth Howard V. and Laura Marie (Cossins) Reppert. Howard, a self-employed mechanic was... View Obituary & Service Information

The family of Howard Reppert created this Life Tributes page to make it easy to share your memories.

Send flowers to the Reppert family.