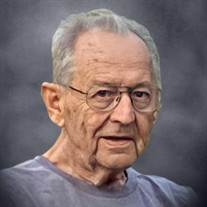 Henry G. Edler V, 79 of Pittsburg, MO passed away Wednesday, January 12, 2022, at Lake Regional Hospital. Henry was born on September 30, 1942, in Davenport, IA to Henry G. Edler IV and Bertha Mae Conklin. Henry graduated from Jefferson High School in Cedar Rapids, IA in 1960. He then served six years of active duty for the United States Navy before serving time in the reserves. Henry married Carolyn Sue Cumberledge on December 12, 1962, and the couple had two children, Tonya, and Henry G. Edler VI. Henry was married to Carolyn for 34 years before his 20-year marriage to Julia Spidle. He had a career as an over the road truck driver. A jokester at heart, Henry was known to enjoy pulling pranks and teasing his friends and family. He enjoyed bowling and riding his three-wheel Harley Davidson, that he purchased at the age of 76. Henry loved his Harley and could be seen riding anytime the weather would allow. He would ride his Harley to go bowling and to his Dr. Appointments, where he would bring the Dr. outside to show off his bike. Henry his preceded in death by his parents; stepmother, Eunice Edler; his son, Henry VI; brother, Terry Edler; and sister, Patricia Wisner. He is survived by his daughter, Tonya Moore; brother, Dennis Edler (Caroline); sisters, Lori Hawbaker (Clarke), Shelley Lehr (Jack) Laurena Kiel (Ron); grandchildren, Troy Moore Jr (Amanda) and Cheryl Moore- Park (John); great-grandchildren, Sierra, Kyle, Kevin, Matt, Kimora, Kaitlin, Kenzie, Kierstan and John Jr.; lifelong friend Judy Gold and many nieces, nephews, and cousins. Services for Henry will be held 2:00 PM Monday, January 17, 2022, at the Hermitage Christian Church in Hermitage, MO. Visitation will be one hour prior to services at the church from 1:00 PM - 2:00 PM. Burial will take place in the Antioch Cemetery, Pittsburg, MO.

The family of Henry G. Edler V created this Life Tributes page to make it easy to share your memories.

Send flowers to the Edler family.