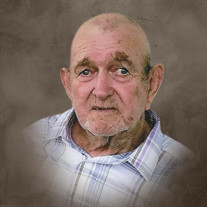 Harry Eugene Hawkins, 79, of Bolivar, Missouri, passed away Tuesday, December 3, 2019 at Mercy Hospital in Springfield, Missouri. Harry was born on December 10, 1939 to Harry Wesley Hawkins and Mamie Irene In Braymer, Missouri. In 1966, he married Sandra Goodall. Harry retired from the Missouri Department of Transportation after 40 years. In Harry's free time, he enjoyed hunting, fishing, or doing almost anything outdoors. Harry is preceded in death by his parents, Harry and Mamie Hawkins as well as his sisters: Irene Voyles and Mabel Sutton and his brother, Clarence Hawkins. Harry is survived by his wife, Sandy Hawkins and his daughter, Kim Hawkins and her husband Jacob, as well as numerous nieces and nephews. Visitation for Harry will be Friday, December 6, 2019 from 1:00 to 2:00 P.M. at Butler Funeral Home, Bolivar, Missouri. Services for Harry will be Friday, December 6, 2019 at 2:00 P.M. at Butler Funeral Home, with burial to follow at Slagle Cemetery, Bolivar, Missouri.

The family of Harry Eugene Hawkins created this Life Tributes page to make it easy to share your memories.

Send flowers to the Hawkins family.