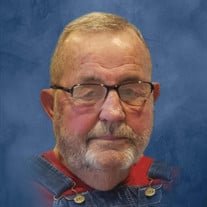 Garry Lee Esser, 80, of Fair Play passed away on Friday, May 1, 2020 at his home. Garry was born on November 24, 1939 in Nebraska City, NE, the son of John and Alma (Jordan) Esser. He married Susan Smith on May 5, 1960 in Las Cruces, NM and together they were just 4 days shy of celebrating 60 years of marriage. Surviving along with Susan are: two sons, John C Esser (Lisa) of Nebraska City, NE and Fred (Stacie) Esser of Piedmont, MO; one daughter, Cindy Frantz (Carl) of Derby, KS. 5 grandchildren: Chris (Traci) Esser, Justin Frantz, Jordan Frantz, Nick Esser, Haylee Esser. Garry served four years in the United States Air Force and achieved the rank of Sergeant before discharging. He then worked 21 years as a criminal investigator for the Nebraska State Patrol, achieving the rank of Sergeant before retiring in 1995. Throughout his career he gained membership in the Police Officers Association, the Nebraska Sheriff’s Association, the Nebraska Association of Polygraph Examiners, and American Legion. Garry enjoyed hunting and the outdoors, often heading up to Canada for fishing trips. He was known by his family as a “piddler,” as in “he just liked to piddle around on things at home.” He will be sorely missed by his family. Cremation rites have been accorded and a private service will be held. In lieu of flowers, the family asks you to donate to The Salvation Army, the Wounded Warrior Project or the American Heart Association.

The family of Garry Esser created this Life Tributes page to make it easy to share your memories.

Send flowers to the Esser family.