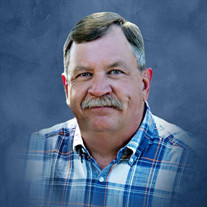 David Lyle Hughes, 58, passed away on April 23, 2022 at Cox South Hospital in Springfield, Missouri. David was born in Springfield, Missouri on May 16, 1963 to Raymond and Doris Hughes. He was a graduate of Bolivar High School class of 1981. He was employed at Timken and was there for more than fifteen years. He will be remembered for his sense of humor that he kept even when things were hard, his loyalty, and the sincere care he took for his loved ones. David never met a problem he wasn’t willing to try and take on. He enjoyed fishing his whole life and even managed to catch some every once in a while. He was passionate about music and happy to play with anyone that wanted to. He was the kind of person that could make friends and talk about baseball anywhere. His favorite thing to do was nothing in particular with the people he loved. He is preceded in death by his father, Raymond Hughes. David is survived by his mother, Doris Hughes, his daughters, Megan and Leigh Ann Hughes, his significant other, Mary Choate and her children, Ryan Choate, Joshua and Lindsay Choate, Adam and Wendie Choate, and Andy and Elizabeth Albin, and his grandchildren, Josie Colton, Mary Ann, and Audrie. Services for David will be held Wednesday, April 27, 2022 at 10:00 A.M. at the Butler Funeral Home in Bolivar, Missouri. A visitation will be held the night before, Tuesday, April 26, 2022 from 5:00 P.M - 7:00 P.M. at the Butler Funeral Home.

The family of David Lyle Hughes created this Life Tributes page to make it easy to share your memories.