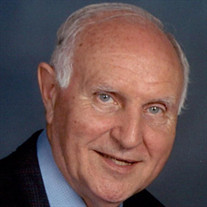 Dan Wray Cochran was born to Wray and Mabel Cochran in Eldon, Missouri on August 1, 1934. He graduated from Eldon High School in 1952, serving as senior class president; Received the B.A. degree from the University of Missouri in Psychology, Philosophy and Sociology in 1956; Earned the B.D. degree from New Orleans Baptist Seminary in 1959; Awarded the Th.M degree from Southwestern Baptist Seminary in 1963 and the Th.D in Philosophy of Religion in 1966; Attended post-graduate studies at the University of Texas, the University of Virginia and Oxford University. Dan married Roberta (Bobbie) Perkins in 1953. Daughter Dana Jo was born in 1954; daughter Kimberly Dee was born in 1959. Dana then married Gary Lynch in 1974, to whom was born Adam Lynch and Andrew Lynch. Kim married Michael Stewart, to whom was born Joshua Stewart, Tyler Wray Stewart and Lyndsay Maze. To the family tree was added great-grandchildren Josie Maze, Wyatt Maze, Elizabeth (Lizzy) Lynch and Eleanor (Ella) Lynch. He pastored Baptist churches in Texas and Missouri for nine years while pursuing advanced degrees. In 1966, Dr. Cochran began a thirty-nine-year service at Southwest Baptist University in Bolivar, Missouri as the first chairman of the Philosophy department, teaching twenty-one different courses (including Jan-terms). Responding to student needs, frequently he offered special elective courses on philosophy of religion, existentialism, religious fads, and C. S. Lewis. In the educational field he was elected for a term as president of the Southwestern Association of Baptist Teachers of Religion. Twice he was selected by SBU students as the Distinguished Teacher of the Year. He also received the Governor's Award for Excellence in Teaching. As a teenager he enjoyed playing semi-pro baseball, pitching two high school conference championships, and being voted by state sportswriters as a member of the All-State High School Basketball Team in Missouri (1952). The academic and athletic awards were a reminder that he had overcome an early childhood illness of "sleeping sickness." After retirement in 2005 he continued to watch SBU athletics and play golf until a heart condition slowed him down. He always savored special times with family and friends. Faith was the absolute basis for his life and college teaching. In fact, he accepted faith as the starting point for all knowledge. All science, religion, and the arts begin in an experience of faith. The understanding comes later by asking questions. We learn that better answers result primarily from better questions. This process is known by the classical phrase, "faith seeking understanding." Memorial Contributions may be made to the Redford College of Theology and Ministry at Southwest Baptist University. Due to the current pandemic the family will be having a private family graveside service at the Greenwood Cemetery in Bolivar, MO.

Dan Wray Cochran was born to Wray and Mabel Cochran in Eldon, Missouri on August 1, 1934. He graduated from Eldon High School in 1952, serving as senior class president; Received the B.A. degree from the University of Missouri in Psychology,... View Obituary & Service Information

The family of Dan Wray Cochran created this Life Tributes page to make it easy to share your memories.

Dan Wray Cochran was born to Wray and Mabel Cochran in Eldon,...

Send flowers to the Cochran family.