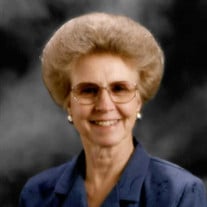 Ruth Katherine (Cathy) Meents, 85 of Bolivar, MO, formerly of Lebanon, MO passed from this life on Thursday, March 4, 2021 at the CMH Healthcare Facility in Bolivar, MO after an extended illness. Cathy was born August 2, 1935 near Grovespring, MO. Her father was Newell Cecil Smith and mother Vera Mae (Fike) Smith. Her brothers were Bob L. Smith and Jack H. Smith. At the age of 7 the family sold their farm and moved to Lebanon, Mo. Cathy graduated from Lebanon, MO High School in 1954. At the age of 15 Cathy was baptized into Christ for the remission of sins. The majority of her life she was a member of the Lee’s Summit Church of Christ west of Lebanon, MO. Later in life she was a member of the Pleasant View Church of Christ, Springfield, MO. Cathy was married to Donald (Don) Eugene Meents on June 27, 1954 at the home of her parents by evangelist Edwin Morris. As a teenager, Cathy worked at O’Neil Variety store in Lebanon, MO. After her marriage, she worked for a short time in Kansas City, MO for the Hallmark company. The remainder of her life she worked at home caring for Don, her sons and assisting Don on their family farm. In 2007, Cathy and Don moved to Bolivar, MO. Cathy was a wonderful homemaker and an acclaimed cook. Cathy was proceeded in death by her parents Newell and Vera Smith and her brothers Bob Smith and wife Yvonne, and Jack Smith and wife Judy. Cathy is survived by her husband Don, of the home, son Randy Meents and wife Renee, and son Steve Meents and wife Shelly. Grandchildren Leanne (Meents) Cope and husband Glen, Erin (Meents) Amsberg and husband Matthew, John Meents and Luke Meents and four great grandchildren. Also surviving are a nephew David Smith and wife Vickie and nieces Jacque (Smith) Arney and husband David, Linda Smith and Sharon (Smith) Giannasia and husband Thomas. The family would like to extend a heartfelt thank you to the staff of CMH Healthcare Facility and CMH Hospice for their compassionate care during Cathy’s final days. Private family viewing at Butler Funeral Home, Bolivar MO. Private family and church family memorial graveside services at New Hope Cemetery in Dallas County MO. Memorial donations may be made to Lee’s Summit Church of Christ, Lebanon, MO or the CMH Hospice.

Ruth Katherine (Cathy) Meents, 85 of Bolivar, MO, formerly of Lebanon, MO passed from this life on Thursday, March 4, 2021 at the CMH Healthcare Facility in Bolivar, MO after an extended illness. Cathy was born August 2, 1935 near Grovespring,... View Obituary & Service Information

The family of Cathy Meents created this Life Tributes page to make it easy to share your memories.

Send flowers to the Meents family.