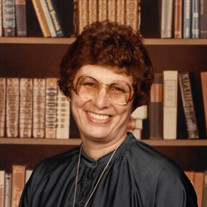 Ada May (Gregory) Ashlock, 84, of Humansville, Missouri passed away on April 15th 2022. Ada was born on December 9th 1937 in Warsaw, Missouri to Charles and Nora (Gregory) Gregory. Ada married Francis Ashlock who proceeded her in death. Ada is survived by her five children from her first marriage. Wes (Judy) Weaver of Humansville, Bobby Weaver of Springfield, Dee (Dale) Shoemaker of Humansville, Jamie (Bonnie) Weaver of Humansville, and Richard Weaver of Humansville. Ada had nine grandchildren, Aaron, Lucas, Sarah, Dakota, Dustin, Desree, Brandon, Anthony, and Austin. Nineteen great-grandchildren as well as eight great-great-grandchildren. She is also survived by her sister Wanda and a host of nieces, nephews, and friends. Ada was preceded in death by her five siblings, Barb, Mary, Ivan, Lenora, and Marjori, and five half siblings; Loren, Herbert, Norma, Rosie, and Nellie. Services for Ada will be held on Tuesday, April 19, 2022 at 2:00 P.M. at the Butler Funeral Home in Humansville. Visitation will be held one hour prior to the time of service. Memorial donations may be made to the St. Jude's Children's Research Hospital.

The family of Ada Ashlock created this Life Tributes page to make it easy to share your memories.

Send flowers to the Ashlock family.